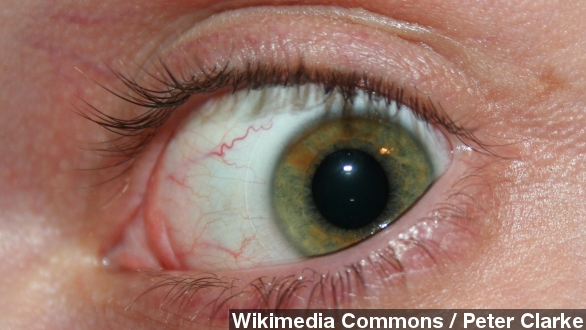 By Briana Koeneman
March 25, 2014
A report published Monday says both blindness and poor vision rates in developed nations have fallen drastically over the past 20 years.
SHOW TRANSCRIPT

Blindness is becoming much less of a problem in developed countries, according to a new study.

A report published Monday in the journal BMJ says both blindness and poor vision rates in developed nations around the world have fallen drastically over the past 20 years.

During the study, researchers examined data from 243 studies that were conducted in 190 countries.

They found that, between 1990 and 2010, the rate of blindness around the world plummeted 37 percent. And as for poor vision, those cases fell by 27 percent. (Via Wikimedia Commons / Peter Clarke)

HealthDay reports the biggest reductions were seen in wealthy nations. The study showed the rate of blindness dropped by 50 percent, and the rate of poor vision fell 38 percent.

The study's lead researcher told USA Today one of the main reasons for these decreases is the spread of cataract surgery.

According to the World Health Organization, cataracts are the leading cause of blindness across the globe today. Fortunately, affected people are often able to regain their sight with surgery.

And researchers say providing eyeglasses for common vision problems could make those percentages drop even lower. (Via YouTube / drvickyfischer)

But some bad news: The study's authors also say a surge in diabetes cases around the world could have a negative impact on eye health.

Business Insider points out about 100 million people are expected to develop diabetic retinopathy, and around a third of them run the risk of losing their sight. Diabetes also increases the risk of glaucoma and cataracts.