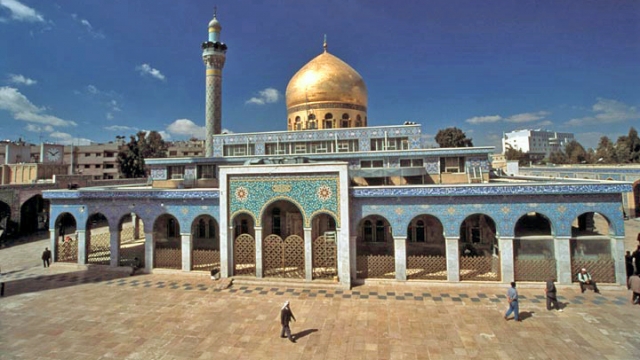 The exact number of deaths is disputed. State-run media say at least 45 were killed and other outlets say as many as 60. On social media, an ISIS news agency says ISIS claims responsibility for the attack and reports 50 people were killed. (Video via RT)

The three blasts were triggered by two suicide bombers and a car bomb, according to Syrian media. But that number is also somewhat disputed in reports. More than a hundred are reportedly injured. (Video via CCTV)

The location of the blasts is near a well-known Shiite shrine where a granddaughter of Islam's Prophet Muhammad is said to be buried.

The area has been targeted before by other attacks and is also a recruiting town for pro-government groups.