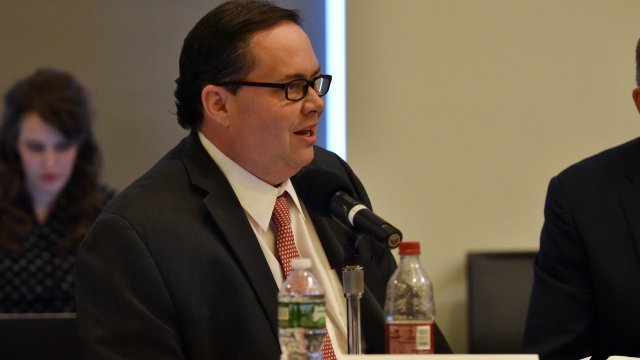 SMS
Blake Farenthold Won't Repay $84,000 Sexual Harassment Settlement
By Gabrielle Ware
By Gabrielle Ware
May 15, 2018
He said back in December he would repay the taxpayer money spent on the settlement.
SHOW TRANSCRIPT

Blake Farenthold, the former congressman who settled an $84,000 sexual harassment case with taxpayer money, says he will not be paying the money back.

That's after promising that he would back in December.

He told ABC News, "I will say this on the record: I have been advised by my attorneys not to repay that." He didn't say why he was given that advice.

Farenthold was sued for allegedly making sexual remarks to a former aide. Democratic Rep. Jackie Speier urged House Speaker Paul Ryan to make Farenthold repay the settlement funds while he was still a congressman, but she was unsuccessful.

Farenthold resigned in April and has accepted a job as a government lobbyist. He'll reportedly bring in a six-figure salary.