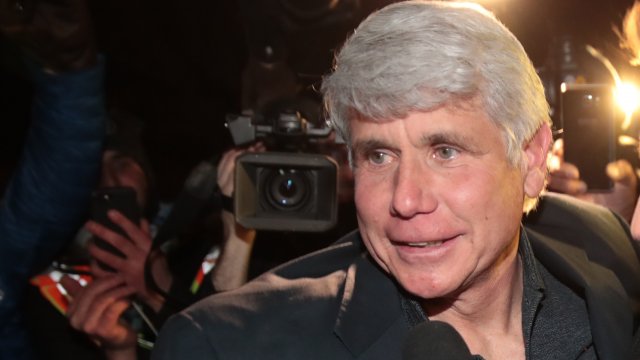 "They can do and say whatever they want, they can put you into prison for things that aren't crimes," Rod Blagojevich said.

He spoke to reporters at Denver International Airport Tuesday, just hours after he was released from a federal prison in Colorado.

"I followed the law every step of the way, I've said that all along, and that's absolutely the case. They're the ones who did wrong, and eventually, the truth will win out," Blagojevich said.

Blagojevich was sentenced to prison in 2011 for political corruption, including trying to sell President Barack Obama's vacant Senate seat. He served eight years of that sentence before President Trump pardoned him and several other people Tuesday.

"It's a long time to go. Many people disagree with the sentence. He's a Democrat, he's not a Republican," President Trump said.

The president first hinted at a possible Blagojevich commutation in August. It was met with protests from many Republicans, including from Illinois.