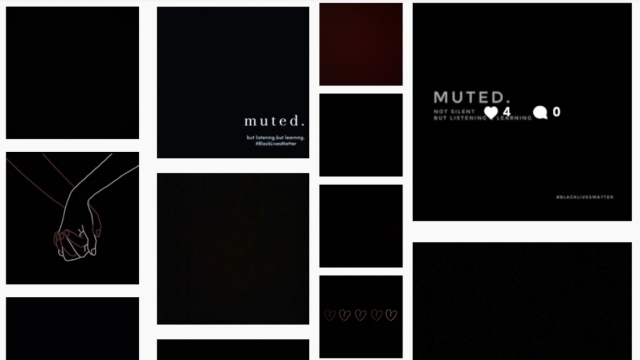 There's a reason your Instagram feed might look like this right now. In support of the protests for racial justice, today is Blackout Tuesday — but what does that actually mean?

With the hashtag #TheShowMustBePaused, the movement was started by music industry leaders Jamila Thomas and Brianna Agyemang. The two said in a statement: "It is a day to take a beat for an honest, reflective and productive conversation about what actions we need to collectively take to support the Black community."

Following the call to action, music labels and tech companies like Spotify, Apple, Amazon and YouTube announced they would be taking part by pausing all social media, promoting Black artists and donating to groups like Color of Change and the Official George Floyd Memorial Fund.

Outside the music industry, Instagram users are participating in Blackout Tuesday by posting black squares — but many in the Black Lives Matter movement are saying the trend is counterproductive. That's because posts are being tagged with #BlackLivesMatter or #BLM, hashtags used for protest resources and announcements.

As of this reporting, the #blackouttuesday movement on Instagram has over 18 million posts.