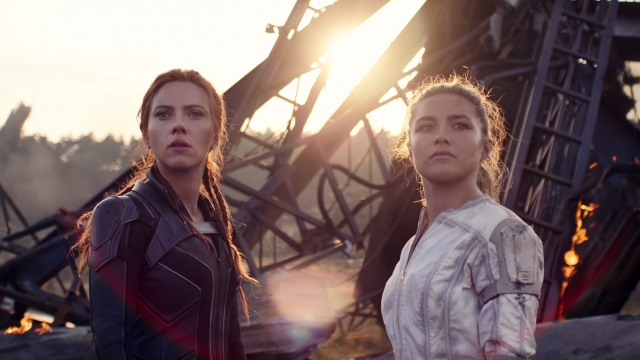 "Black Widow" marks Marvel's return to the big screen — and fans seem ready to go back.

Fandango surveyed 4,000 ticket-buyers and found that the Scarlett Johanssen and Florence Pugh-led action flick was the summer's most anticipated movie. No surprise when the last Marvel movie in theaters, "Avengers: Endgame," grossed more than $350 million in its opening weekend.

Continuing the story of the Avengers' Russian super-spy, "Black Widow" is a standalone title within Marvel's new phase of the franchise — which is also now taking advantage of streaming.

During the pandemic, Marvel series on Disney+ like "WandaVision," "The Falcon and the Winter Soldier" and "Loki" each had significantly more demand than the average TV series globally, according to streaming researchers at Parrot Analytics.

A spokesperson from the analytics firm told Newsy, "It's also further proof that Disney+ has shifted the cultural dominance of Marvel movies into the streaming era."

After two years without a film in theaters, Marvel's streaming titles tided fans over and allowed the cinematic universe to stay relevant and fresh during the pandemic.

"Black Widow" debuts in theaters on July 9. It's one of four Marvel films slated to come out this year.