In South Carolina, Generational Divide Is Clear Among Black Voters 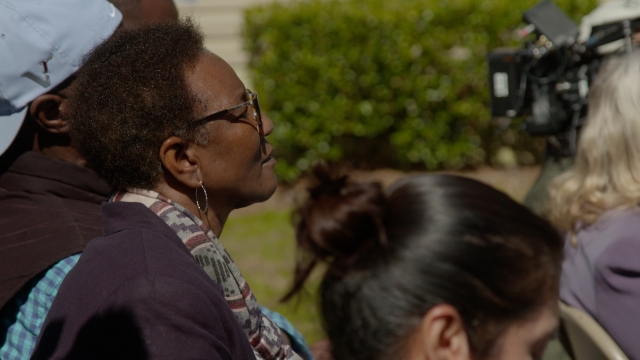 Black voters are the key to success for Democrats in South Carolina, but there's a clear generational divide for candidate preference.

To win the South Carolina Democratic primary, candidates will need the support of African American voters.

"The time is long overdue for us to have an economy and a government that works for all of us," said Senator Bernie Sanders.

Over two-thirds of Democratic primary voters here are black. But a stark generational divide is apparent between leading candidates Joe Biden and Bernie Sanders.

"I understand that a lot of young people are saying they like what Sanders is saying," said Dollie Johnson. "You know, he's giving some indication of some of the things he wants to do. But, you know, will these things be done? I don't know."

Johnson told Newsy she wants someone in the White House who will deliver on their promises and knows how the government works. Like many black voters over the age of 65, she's behind the the former vice president and she hopes young people will vote for him as well.

So why are you supporting the vice president?

"Because I thought he was a good vice president with Barack Obama," Johnson added. "And I know I can't say exactly everything that he has done, but I know he was very helpful in a lot of these laws and things that were passed."

While Joe Biden leads other candidates in polls here, his support softens among the youngest voters. And that support falls to candidates like Sanders.

Why are you supporting Senator Sanders?

"His consistency," said Shavonne Taylor. "He's been on the same exact path, you know, for forever. Fighting for us, fighting for the people."

Shavonne Taylor, a 33 year old Air Force veteran, is a die hard Bernie Sanders supporter, she says his Medicare for All plan is one of the main reasons why she's voting for him on Saturday. But she's also concerned about criminal justice reform and climate change.

"Well we're not a monolith, but in this country right not the most educated demographic is African American women and listen to us." Taylor said. "We're not just going with what our parents went with or going by tradition, we're actually doing our own research and we're looking into the candidates and looking at their track record and seeing what they can do, not only for the, you know, all of humanity and all the US, but just for us in general."

Biden has picked up an important endorsement from South Carolina Congressman James Clyburn which will improve his standing with voters before the primary on Saturday. The former vice president needs a strong finish here to pick up momentum ahead of Super Tuesday.

Taylor has already talked her parents about Sanders plans but Johnson is unsure about who her 30 year old daughter will vote for.

"I don't know. I don't push the issue," Johnson said. "I just say what I what I'm doing. And I'm hoping that a clue is taken from that. But I hope. She's in Columbia and I hope she votes [for] Biden."