'Black Panther' Finally Dethroned As King Of The Box Office 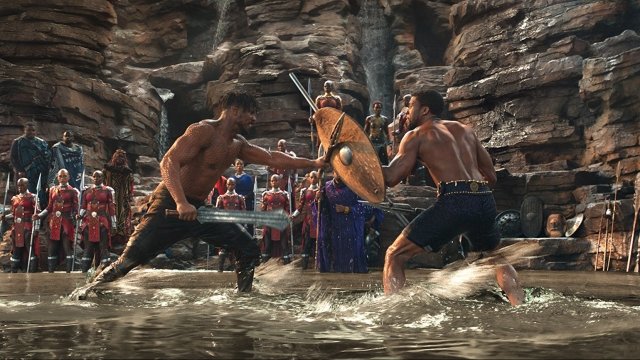 Turns out, all that's needed to dethrone "Black Panther" from the top of the domestic box office is some robots, a few monsters and a motivational speech by John Boyega.

"Pacific Rim: Uprising" took the No. 1 spot this weekend, bringing in an estimated $28 million.

The first "Pacific Rim" had a similarly soft domestic opening back in 2013, earning about $37 million. But thanks to a large overseas audience, it ended up grossing $411 million worldwide.

Falling to the No. 2 slot this weekend was Marvel's "Black Panther," which earned an estimated $16.7 million.

And finally, coming in at the third spot on the list is "I Can Only Imagine." The faith-based film earned almost $14 million in its second weekend out.

As for next week, Taraji P. Henson is taking revenge to a whole new level.