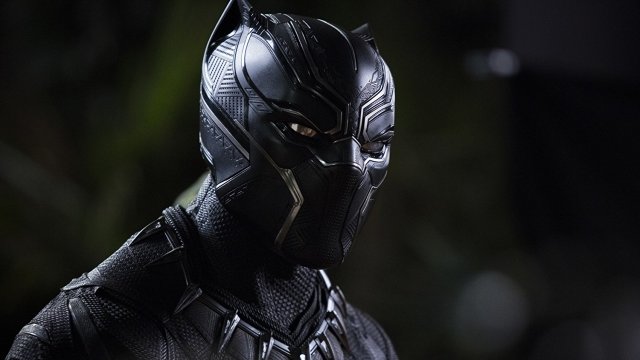 SMS
'Black Panther' Beats High Expectations And Records With $192M Debut
By Jamal Andress
By Jamal Andress
February 18, 2018
"Black Panther" managed the second highest debut of any Marvel film — and that's just one of the many records T'Challa and company broke this weekend.
SHOW TRANSCRIPT

Taking the No. 1 spot and quite a few records is "Black Panther," bringing in a massive $192 million over the weekend. There are plenty of milestones to get to, but we'll start with this.

Aside from Martin Freeman and Andy Serkis, "Black Panther" is a virtually all-black cast featuring some of the best African-American talent Hollywood has to offer. Black Panther is the first black Marvel hero to get their own standalone feature film in the Marvel Cinematic Universe. The story on screen is crafted by a black director, and the words spoken were written by black writers.

And yet, the story of Wakanda appealed to everybody — so much so that it managed the second highest debut of any movie from the Marvel Cinematic Universe, only falling behind the first "Avengers" film.

Point being, diversity in film is not only good for the soul; it can be good for your bottom line as well. Now, about those records. 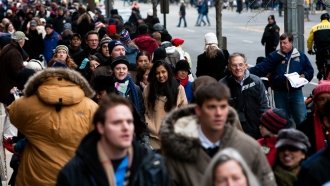 The US Population Is Increasing In Age And Diversity

"Black Panther" is far and away the biggest February debut in box office history — stealing the top spot from "Deadpool," which made just over $130 million in three days.

Falling behind iconic franchises like "Star Wars" and "Jurassic Park," "Black Panther" is the fifth best domestic debut in box office history, but it is the biggest debut ever that isn't a sequel.

This also marks the biggest opening for an African-American director in movie history — beating out F. Gary Gray's "Fate of the Furious."

Along with putting up staggering box office numbers, "Black Panther" has been a critical marvel.

It's the highest-rated superhero film on Rotten Tomatoes to date with a 97 percent on the tomatometer.

It's very difficult to meet the kind of expectations that were placed on "Black Panther" from the beginning, but all hail king T'challa and his very, very impressive debut. 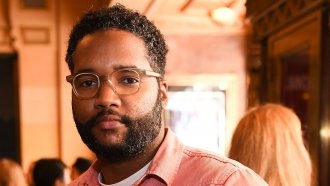 Taking the No. 2 spot this week is "Peter Rabbit," earning an estimated $17 million in its sophomore weekend.

And falling to No. 3 this week is "Fifty Shades Freed" with an estimated $16.9 million.