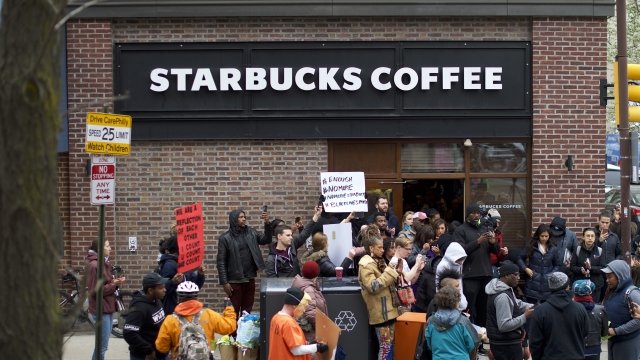 The two black men arrested at a Philadelphia Starbucks struck a deal with the city for a whopping $2.

Rashon Nelson and Donte Robinson decided not to sue the city for a wrongful arrest. Instead they worked with the mayor's office to turn their story into something positive.

As part of the deal, they agreed to release the city and all employees of any liability in exchange for $1 each. And Philly says it will spend $200,000 on a new pilot program to encourage high school students who want to become entrepreneurs.

Philadelphia Mayor Jim Kenney said in a statement: "This was an incident that evoked a lot of pain in our City. ... I look forward to seeing the fruits of this effort in the coming months and years."