Black Men Arrested At Starbucks Agree To Meet With CEO 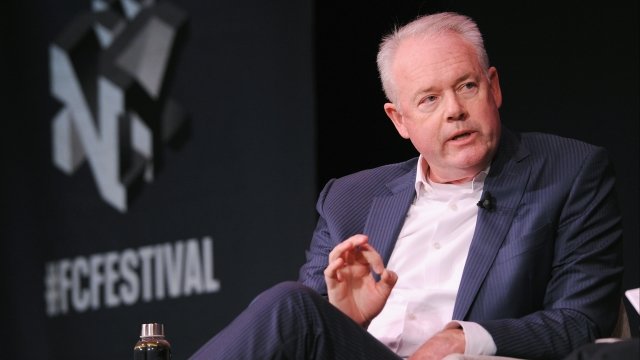 The news came after CEO Kevin Johnson appeared on "Good Morning America" to talk about the controversial arrests.

Starbucks says the two men who were arrested at one of its Philadelphia locations earlier this month have agreed to meet with its CEO.

This news came after the CEO himself, Kevin Johnson, appeared on "Good Morning America" Monday to talk about the controversial arrests.

"I personally apologize to the two gentlemen that visited our store. ... There are some scenarios where the police should be called — if there's threats or a disturbance, those might be appropriate times. In this case, none of that occurred. It was completely inappropriate to engage the police," Johnson said.

Let's back up a bit. The manager of the Philadelphia Starbucks reportedly called 911 on April 12 because two black men were sitting inside the store and not ordering anything. Police officers arrested the two men for trespassing. The men say they'd been waiting for someone.

@Starbucks The police were called because these men hadn’t ordered anything. They were waiting for a friend to show up, who did as they were taken out in handcuffs for doing nothing. All the other white ppl are wondering why it’s never happened to us when we do the same thing. pic.twitter.com/0U4Pzs55Ci

The arrests sparked protests, with some accusing both the police and the coffee chain of racism.

Philadelphia prosecutors are not pressing charges against the two men. It's unclear exactly when they'll meet with Johnson for that "face-to-face" apology.