Black Immigrants Feel Excluded, Though Their Population Is Growing 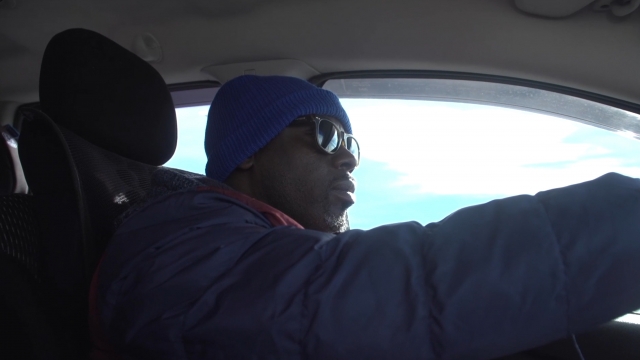 SMS
Black Immigrants Feel Excluded, Though Their Population Is Growing
By Ben Schamisso
By Ben Schamisso
March 8, 2022
Black immigrants share their experience coming to the U.S. and how they're dealing with their own set of issues.

On a Sunday morning in the Bronx in New York City,  African immigrants get to hear from a special guest at the end of the religious service.

“My name is Audu. I'm an organizer with African communities together," Audu Kadiri said.

As an immigrant himself, Kadiri has sway with his audience.

“Most of us Africans, we think we can talk our way out of trouble — not with American police or ICE," Kadiri said.

Like them, he left everything behind to start a brand new life here, thousands of miles away. Now he's a full-time community organizer, helping his peers navigate the new ways of their adoptive country.

“You have the right, if they knock at your door, to tell them 'I don't want to open my door,'" he said.

His hard work is increasingly in demand, as the Black immigrant population in America is quickly growing nationwide. It’s growing so fast in fact, that 1 in 10 Black people living in the U.S. are now immigrants.

According to a recent Pew Research Center study, most of them come from the Carribean and Africa — with the African Black immigrant population growing the fastest.

For Kadiri and his family, looking at photos of their past life in Nigeria brings mixed feelings.

In Nigeria, Kadiri was a prominent activist documenting hate crimes against gay men and organizing HIV prevention programs — a risky job that got even worse in 2014 after Nigeria criminalized LGBTQ rights advocates.

“I was attacked, like, ‘Why are you coming to advocate for gay men? Don't you know, these are outlawed people?'" Kadiri said.

Shortly after, Kadiri escaped to the U.S., but he had to leave his family behind.

After being apart for six years, they reunited in 2019.

“I had to learn how to accept the reality and hope that a day like this will come, and eventually it came," Kadiri said.

Always the defender of vulnerable communities, Kadiri is now on a mission to change negative perceptions of his own.

NEWSY'S BEN SCHAMISSO: What is it like to both be an immigrant and a Black person in the U.S.?

AUDU KADIRI: It’s a double trouble, you know, and even you face some kind of discrimination within the Black community because of your accent. When you speak to a British, they have an accent, the French have an accent, we all have accents. So for me, you don't tell me I have an accent and make it seem as if it is just me that has an accent. It’s my identity.”

Not far from Kadiri’s home, also in the Bronx, is a small and unassuming storefront where  Gambian Youth Organization secretary Ajifanta Marenah and other volunteers have been collecting donations for the survivors of a January fire in the neighborhood that killed 17 mostly Gambian immigrants, including a member of the organization.

The blaze started after a space heater malfunctioned and after many tenants complained about the building, including its lack of heat.

The high rise is down the street from the storefront, where next to it now stands a makeshift memorial.

"Being here, it just reminds you again, like it's people, it's human lives that were lost that are no longer here, that can no longer speak up for themselves," Marenah said.

Marenah's organization raised $1 million in four days for the survivors.

She says she and other members have been working around the clock since the fire, partly because no one else is coming to help.

“If this fire would have happened in a different part of New York City, the response to it would have been different... right?" she said.

Black immigrants, estimated now to be about 4.6 million, often feel excluded from the national consciousness, but Marenah says they're here to stay.