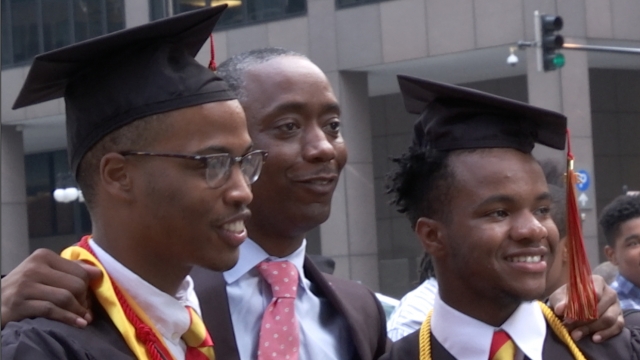 For seven straight years, Chicago's Urban Prep Academies has graduated 100 percent of its seniors. The all-black charter school for young men has put more than 1,000 graduates into four-year colleges and universities since 2010.

The school's first graduate, Bryant Alexander, says that number is significant because "it's something that you don't see."

Urban Prep Academies says it's changing the narrative of "black boys and young men in America." We spoke to some of those young men on their graduation day to learn where they're from, where they're going and what happens when they believe in themselves and their fellow classmates.