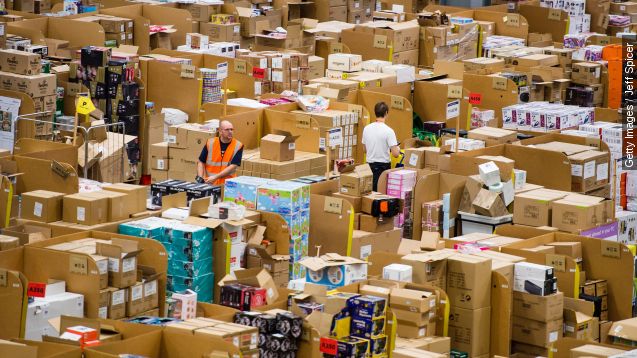 For the first time in American history, it looks like Black Friday shoppers went online more than to stores.

According to the National Retail Federation, about 103 million Americans logged on to do their shopping. The number of Americans who decided to trek to the stores to earn the steals and deals: 102 million.

The NRF president said in a statement, "It is clear that the age-old holiday tradition of heading out to stores with family and friends is now equally matched in the new tradition of looking online."

And while some brick-and-mortar shops have fallen behind in the quest to go digital, others like Best Buy, Walmart and Target have adjusted accordingly. Those retail giants all posted sale prices to their websites before they went live in stores. (Video via Best Buy)

"Everyone is doing their best to compete with Amazon, but Amazon is making it tough. The retailers need to have very powerful messages -- we're seeing more people glued to their laptops and mobile devices," a director with AlixPartners told Fortune.

But those big-box stores and shopping malls probably aren't going anywhere yet. According to Fortune, physical stores still account for 90 percent of retail sales year-round.