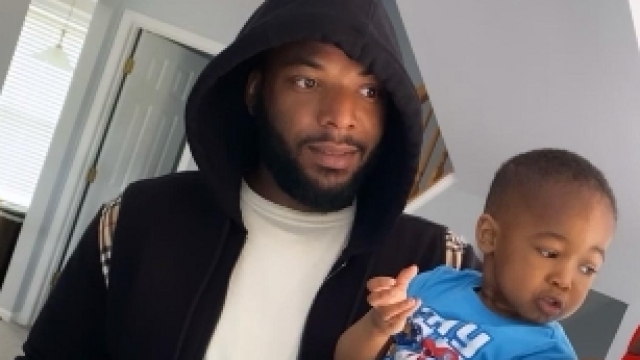 SMS
Black Firefighter Out Of Prison After Discovery Of Falsified Documents
By Terace Garnier
By Terace Garnier
April 26, 2021
Authorities will review over 400 cases after ex-officer Jonathan Freitag was found to have falsifed documents.
SHOW TRANSCRIPT

A Black firefighter who worked at this fire house in Washington, D.C., is back at home with his family after spending nearly two years falsely imprisoned.

“He was really happy to see his mom and dad and then spend some time with him yesterday and last night. Today, he's with his 2-year-old, and I'm sure he's happier than many people in the world get to be,” Marvin Miller told Newsy.

Partnering with a local prosecutor in Virginia, Miller said they discovered Fairfax County officer Jonathan Freitag had falsified documents in more than 400 other cases, even planting evidence.

He later resigned from the department.

"This officer had a pattern, long-standing pattern of of bad, illegal stops, and that there was a racially disparate impact and potential motivation for the stops. So with that in mind, that took this officer's credibility and basically put it down the drain," Steve Descano said.

Freitag pulled over Wilson for driving over a double yellow line. His report also notes the firefighter had guns and drugs in the car.

“They belong to his passenger, who was originally charged, and then they dropped the charge because the passenger was a juvenile at the time," Miller said.

With two felony warrants for possession of a controlled substance with the intent to distribute and a firearm, firefighter Wilson faced a minimum 10-year prison sentence but took a plea deal in 2019, agreeing to serve up to three years even though he continued to maintain his innocence.

“He was very upset. He had a 5-month-old, he is a good man and enjoys being a firefighter and helping others. And it was crashing his career. But he had to, regrettably and with difficulty, but there was a practical choice that he and the family made together, decided that the appropriate resolution is to get as little time as possible,” Miller said.

That 5-month-old is now 2, and Miller says all his client wants to do now is spend time with his family.

The prosecutor’s team will continue to review all cases tied to officer Freitag as they try to vacate and overturn hundreds of convictions. Meantime, the fire department tells Newsy Wilson hasn’t reached out yet to try to get his job back.