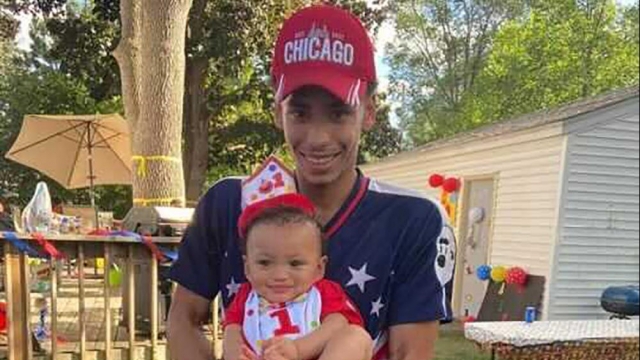 SMS
Black Drivers Say They Are Targeted By Police Over Air Fresheners
May 15, 2021
Black drivers are more likely to be pulled over than white drivers for minor infractions - such as hanging an air freshener on their rear-view mirror.
SHOW TRANSCRIPT

If you have an air freshener dangling from your rear view mirror, you may be targeted by police. That’s because in some states it’s technically against the law.

Last month, Daunte Wright was killed by 26-year police veteran Kim Potter. In that incident, the role the air freshener played in Wright being pulled over is in dispute. The law in states such as Arizona, Texas and California says that having air fresheners dangling from the rear view mirror is a reason to get you pulled over.

Daunte Wright told his mom that’s why he was stopped before an officer fatally shot him. Cops say he was stopped for expired tags, then they noticed the air freshener and found an outstanding warrant. Either way, Minnesota’s ACLU is concerned -

"About police using low level infractions as an excuse for pre-textual stops."

When Phil Colbert was stopped by a deputy down in Arizona, in 2019.

"He was following me for 20 minutes."

Colbert hit record on his phone.

DEP: "So, you can't have anything hanging from your rear-view mirror."

Benjamin Taylor. Phil Colbert's attorney: "He should have let Phil go after the first question and he didn't find or see anything wrong."

But the deputy kept questioning, asked to search the car.

Colbert's phone video: "I don't care about your race or your gender or anything…" PC: "You don't care about my…" DEP: "I'm here enforcing laws." NW: It was legal for this deputy to pull Phil over because he had this thing hanging. Attorney: You can't have minor air fresheners be a legal justification to pull somebody over. Laws need to be changed."

There are state legislators in Minnesota who agree. But is that the solution?

Sheriff John Whetsel (ret.), National Sheriffs' Association, Traffic Safety Committee Chair: "If an air freshener hanging from a car has an opportunity to distract a driver, that causes a crash, that kills a child: ask the parent of that child if that law should be taken off the books."

The Deputy who pulled Colbert over was a trainer. He was fired over this and similar stops, says the La Paz Sheriff’s Office.  We reached out to the deputy for comment: got none.

Phil Colbert: "It was never about the air freshener."

So Colbert did not back down.

PC: So when this all goes through and you see I'm good, and you see I got nothing and you see that I'm legit? What happens? I just go about my day, you just wasted 30 minutes of my time. And you just… So I'm going to definitely… who's your Sheriff?"

NW: "My last brush with a deputy I was definitely going a few miles too fast and he just pulled up next to me at the next light and said, 'Dude, slow down.' Has something like that ever happened to you?"

PC: "Yup. I don't hate cops. I hate the bad ones out there that's doing wrong by us. But the good ones that's fighting the good fight with us, you know, thank you."

Colbert reached a settlement with the department. They admitted there were issues within the department’s culture and they have taken measures to address those issues. Also a new sheriff is now in charge.