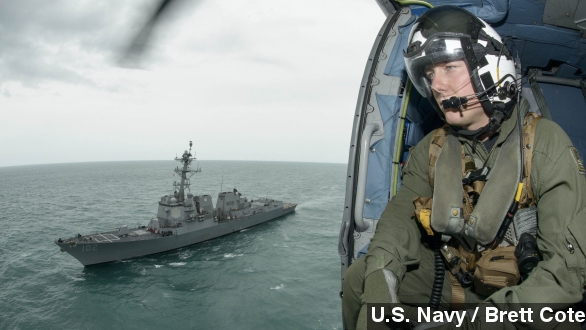 Both black boxes have now been recovered from the debris of AirAsia Flight QZ8501, which crashed into the Java Sea last month.

Divers retrieved the plane's cockpit voice recorder, which records conversation in the cockpit, from the submerged wreckage Tuesday. The plane's flight data recorder was recovered on Monday.

The devices will provide investigators with key evidence about what went wrong during the AirAsia flight. Authorities currently suspect rough weather or icing may have cause the plane to crash.

Searchers say they have located most of the wrecked plane, including the fuselage and the tail. So far, the bodies of 43 of the 163 victims of the crash have been recovered; search crews are currently looking to locate the remaining bodies.

The recovered black boxes will be sent to Indonesia's capital, Jakarta, for analysis. Investigators say it could take up to a month to pour over all of the data.