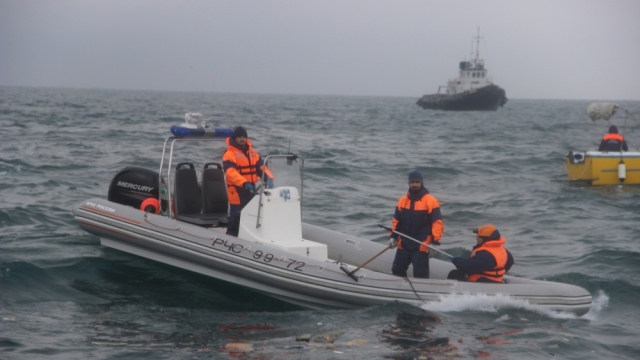 The military plane crashed into the Black Sea on Christmas Day.

Investigators are one step closer to discovering what caused a Russian military plane to crash into the Black Sea on Christmas Day.

Russian divers retrieved one of the plane's data recorders from the wreckage.

The flight, with 92 people on board, crashed just minutes after taking off from Sochi.

The plane was originally supposed to land in Tripoli, but hijackers diverted it to Malta.

Officials believe no one on board survived.

Search crews are still combing the wreckage to try to recover more bodies and part of the plane.

Russian officials have not found any evidence to suggest the crash was an act of terrorism.