From Memorials To Museums, CEO Builds On Centuries-Long Tradition 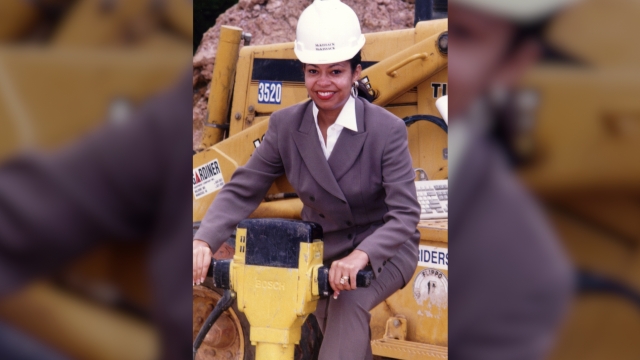 SMS
From Memorials To Museums, CEO Builds On Centuries-Long Tradition
By Amber Strong
By Amber Strong
February 22, 2022
Deryl McKissack is not only building on her family legacy of architecture, but she is also working to diversify the industry for others.

Brick by brick, Deryl McKissack is building on a legacy. If you've ever taken in the magnitude of memorials, you've seen her handiwork.

"In a project like this, you know, there are a thousand moving parts," McKissack said.

For her, it's in the blood. She's part of a long line of architects, builders and dreamers.

He would pass it down to his sons, who would become the first Black licensed architects in the southeast and officially start the family business in 1905. But it didn't end there. McKissack's father also took on the family legacy and her mother continued the work after his illness.

"I started at 6 in the family business with my father. He would take us to work with him on Saturdays. I'm a twin and my mother needed a break," McKissack said. "And so he would take us on Saturdays and prop up on the drawing boards — because we didn't have computers back then — and he would have us draw."

In 1990, armed with a degree in civil engineering and $1,000, McKissack launched her own firm.

"I had a lot to prove," she said. "I was one person. I was Black. I was female in a male-dominated industry. Why would anybody want to work with me?"

But somebody did eventually, after she picked up the phone and reached out to 150 potential clients.

"I don't need a handout," McKissack said. "If you give me an opportunity, I'm not going to let you down. And I built on that. My first client was Georgetown. I started with a $5,000-fee project and within six months I signed a million dollars worth of work with them."

From there, the repertoire grew from the U.S. Treasury restoration, to modernizing D.C.-area schools, to the design of Ghana's Cape Coast museum and project management on several U.S. airports.

But it was the appointment as architect of record for the Martin Luther King Jr. memorial that solidified McKissack's own stamp on history.

"I think about my ancestors and what they went through, the atrocities they went through — Jim Crow laws and you name it, slavery and all of that — for me to be sitting here today and even be sitting there then would just bring tears to my eyes because there had never been a time when a Black firm had designed something on a national mall."

Today her firm handles more than $15 billion in projects. But it wasn't a crystal stair. She says she faced misogyny and racism along the way.

"I've been discriminated against by Black men as well as White men," McKissack said. "You want to say, you know, 'It's just a White male world.' But that's not true when you're a woman coming into this. And it's microaggressions in the sense that you can see them huddling together. You're left out."

A joint report from two architectural organizations found 2% of the nation's architects identify as African American. The barriers of obtaining licensure include the cost and a lack of support from their employer.

McKissack says she has come up with a plan to diversify the industry, enlisting some of the biggest firms in the country.

"Board members need to be Black in those companies so that there is a true understanding at the top of how policy makes Black people feel uncomfortable or how things are said and written," McKissack said. "So there are microaggressions, and then there's Black companies that need to be sustained."

Because like the McKissacks before her, she's laying a foundation she hopes lasts for generations to come.