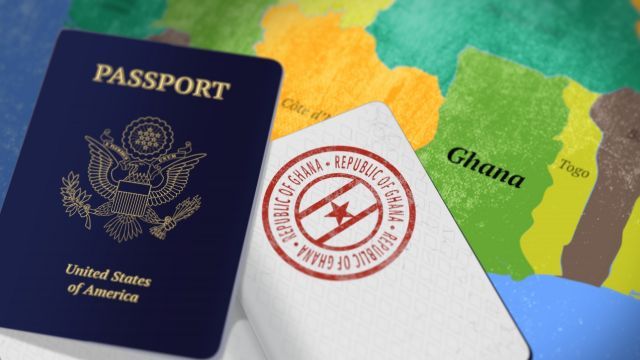 SMS
Black Americans Tell The Highs And Lows Of 'Returning Home' To Ghana
By Jamal Andress
By Jamal Andress
February 16, 2017
Ghana is encouraging people of African descent to "return home." We spoke with three black women who did.
SHOW TRANSCRIPT

Ghana is encouraging people of African descent to "return home," and 3,000 Americans have done that. We asked three U.S.-born black women who emigrated to Ghana about their experiences.

Lois Okudzeto has lived in Accra, Ghana, since 2001 and said she was "totally fed up with everything being somehow connected to race in America."

She added: "Everything you do, you're sort of comparing yourself to the white population. I always found it oppressive, personally, so I wanted to get away from that. That didn't quite happen because when you're too fair, they say you're white here."

Powell said, "They'll say 'obruni' — I think that's how you say it — where they're saying like, 'white person.'"

Okudzeto said, "When I go to the village, these people have never been out of the village and done many things, so immediately, little children are calling me 'avu.' It means white person."

Monica Amponsah met her husband during a mission trip to Ghana in 1998. In 2013, they both moved there from the U.S.

For Ghanaians, the U.S. is the second most common destination to emigrate to, which makes the idea of leaving America all the more puzzling to some.

Okudzeto said of Ghanaians wondering why she left the U.S.: "It's difficult to convince people there's a life outside the U.S. ... They don't realize there are many levels to life in America."

Powell said: "There's so much opportunity here. Maybe it's that 'want what you can't have' kind of mentality — like, let me go see for myself. I can have that American Dream."

Okudzeto added: "America has many problems; one of them is the breakdown of the family unit. … It's more evident to a person like me because I can see how important the strength of the family is here."

Powell said: "I feel it's hard to be a parent there. Because there's so many influences from everywhere that it's kind of like you have no control."

Africa is a piece of these women's pasts. Now, Ghana is a welcome part of their futures.

Okudzeto said: "I had always planned to come and live here. I liked the idea of Ghana somehow. … There's a real strong sense of tradition that African Americans can never have."

Amponsah pointed out she sees the similarities between the black community and Ghanaians.

Powell said she felt a stronger connection to Ghana after she had kids.

"This is where my children are going to grow up. ... This is their country," she said.

Okudzeto said: "That, again, interested me, this whole sense of tradition and how strong the cultures are. As opposed to what you're used to in America."

Amponsah said: "There's this air of colorfulness or life that I think within both communities. We like it, and I think it's just a part of us."

Okudzeto said, "They're very hospitable, and it has more of a meaning because most people don't have as much as you have."

Amponsah said: "I believe it's so important to try to find that connectedness. ... If you want to get that reconnectedness, which is very important, this is a good place to be able to come do that."