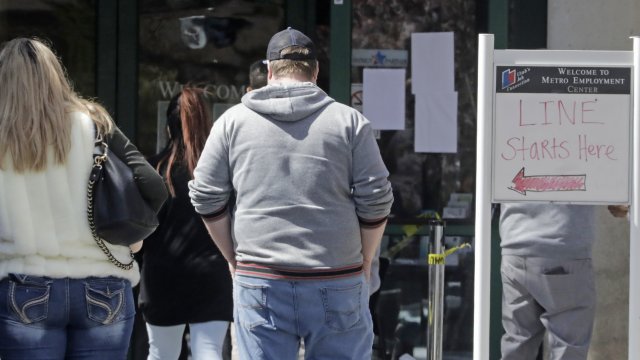 “Our action to provide emergency relief is needed now more than ever before,” said Sen. Joe Manchin (D-W.Va).

The key features include $300 a week in federal unemployment benefits, $300 billion in small business relief, and $240 billion for state and local governments. It doesn’t provide another stimulus check — something President Trump and Speaker Pelosi have both supported.

Senators from both sides acknowledged that each party had to make concessions in negotiations. Democrats will get their aid to state and local governments, while Republicans will get liability protections for businesses.

But that progress won’t mean much if it doesn’t get the support it needs from Congressional leadership or the White House. Treasury Secretary Steve Mnuchin offered vague comments on the bill during a Senate Banking hearing Tuesday morning.

"I look forward to reviewing with you the overall package. I do think that more fiscal response is needed,” Mnuchin said.

Meanwhile, new cases of COVID-19 continue to tick up across the country, further threatening the economic recovery.