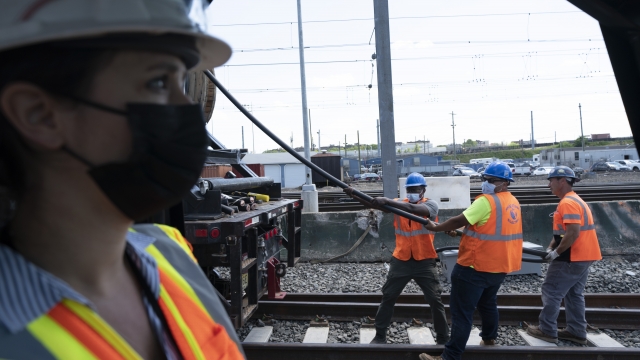 SMS
Infrastructure Negotiations Blow Past Deadline
By Nathaniel Reed
By Nathaniel Reed
June 8, 2021
Republicans say they want to redirect COVID relief funding to pay for the bulk of their plan, but President Biden remains opposed to the proposal.
SHOW TRANSCRIPT

On Monday, the Biden Administration’s self imposed deadline for “a clear direction” on a bipartisan infrastructure deal passed, with no deal to speak of.

"We have a couple of paths forward,” White House Press Secretary Jen Psaki told reporters Monday. “We don't know what the end outcome will look like, as you typically don't, as a bill is moving its way to becoming law. And there are several paths forward.”

The Biden administration and Senate Republicans, led by Sen. Shelley Moore Capito of West Virginia, have moved closer on an overall total cost for the plan, but remain far apart, with disagreements on where to source the nearly trillion dollars in funding.

The President and Senator Capito continue to negotiate, but reaching an agreement might be unlikely for some time, and it's not clear how many Republicans would support an infrastructure bill with a price tag hovering around $1 trillion.