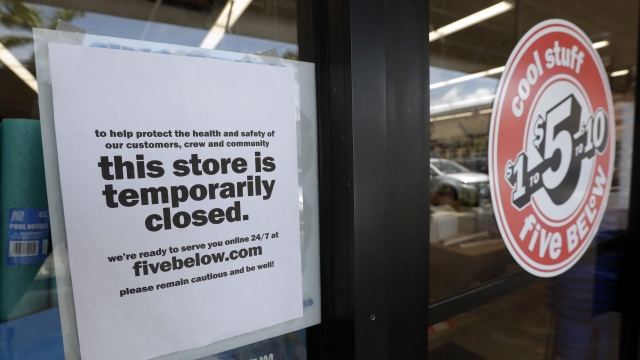 SMS
Bipartisan Group Of Lawmakers Pushes For PPP Flexibility
By LeeAnne Lowry
By LeeAnne Lowry
May 22, 2020
The Senate wasn't able to agree on the legislation, but the House is taking similar measures to a vote next week.
SHOW TRANSCRIPT

The Paycheck Protection Program gives businesses that receive the loans eight weeks to spend the money. But a bipartisan group of senators says that's not enough time.

The lawmakers introduced a measure Thursday to double that time period. They pointed out that some businesses haven't even fully reopened.

U.S. Sen. Marco Rubio tweeted: "The legislative fix needed to PPP is extending beyond 8 weeks the time period a small business has to spend the funds on payroll. We are hoping to move quickly on this before the first wave of PPP loan recipients reach the 8 week point."

That 8 week point is May 29. But the Senate wasn't able to agree on legislation, likely pushing back a vote to next month.

The House is preparing to vote next week on bipartisan measures that would provide more flexibility for PPP loan recipients, including extending both the loan forgiveness period and the amount of time businesses have to rehire employees.