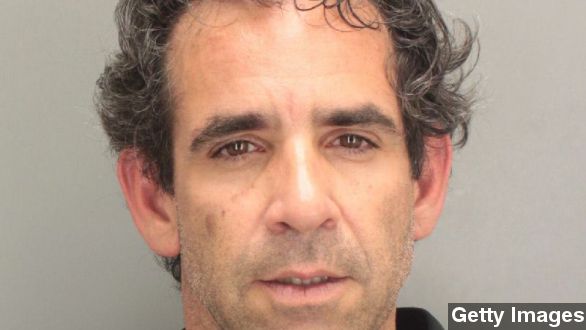 By Jamal Andress
August 5, 2014
Tony Bosch, the founder of the now-closed Biogenesis clinic, surrendered to DEA agents Tuesday morning in a much anticipated detainment.
SHOW TRANSCRIPT

Exactly one year ago today, Alex Rodriguez was suspended by the MLB for a grand total of 211 games due to his connection with the infamous Biogenesis clinic. Now, the man who played the largest part in that suspension is in federal custody.

Tony Bosch, the founder of the now closed Biogenesis Clinic, testified against Alex Rodriguez, Ryan Braun and others to help the league hand out monster suspensions to more than 20 major leaguers. Tuesday morning he surrendered to DEA agents in a much anticipated detainment.

Bosch's testimony was essential to the MLB being able to hand out so many suspensions. He provided text messages, emails and his own testimony as proof of the humongous doping scandal all in hopes that the Major League Baseball could eventually pay him back.

Authorities say charges against Bosch will be announced Tuesday afternoon, but according to media reports he has pleaded guilty to conspiracy charges to distribute anabolic steroids. And not just to pro athletes, but to college and high school athletes as well.

ESPN reports the federal investigation focused on four things: If Bosch acted as a physician, where the clinic got the drugs it was distributing, how they were administered, and if teenagers were given PEDs.

Oddly enough, the federal investigation does not include the various players who allegedly took PEDs. The DEA is solely focused on Anthony Bosch and those who worked with him distributing the drugs.

Among them A-Rod's cousin, Yuri Sucart who was also arrested Tuesday morning. (Via Twitter / @TJQuinnESPN)