Netflix Or Chill? Your Answer Will Determine How Well You Sleep. 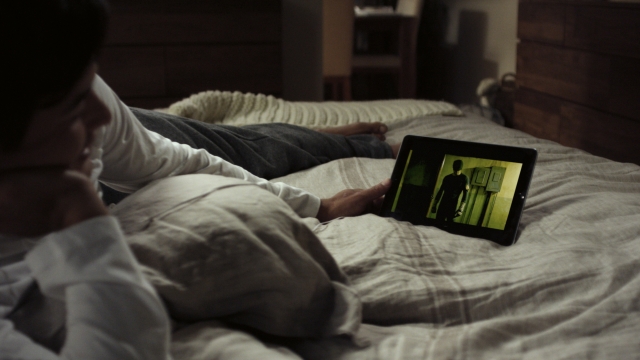 Having trouble falling asleep after binging your favorite television show? There's a reason for that.

We've all probably done it: sacrificed a little sleep to watch one or two more episodes of television.

For many of us, binge-watching can feel harmless — and even encouraged — but health experts are a little more cautious. Binge-watching could be affecting the way we sleep.

A 2017 study in the Journal of Clinical Sleep Medicine goes into detail. Surveying 423 young adults — 80 percent of whom identified as "binge-watchers" — researchers found that binge-watching TV correlated with "poorer sleep quality, increased fatigue and more symptoms of insomnia." Those symptoms did not correlate with regular TV viewing.

Though it wasn't made clear why binge-watching specifically affected sleep, researchers say it could be due to the "stronger sense of involvement." In simpler terms, bingeable shows stick in your head and make it harder for your brain to relax.

"The plotline is so wild."

"It's got a really good story arc."

"The characters are really compelling."

An Amerisleep survey of more than 1,300 Americans supports that idea, and we've gone over it before. ["When you're watching something on TV that you enjoy, your brain produces dopamine."]

In the age of the short social media exchanges, we have a hunger for longer narratives.

Netflix, the company that helped popularize binge-watching in the first place, is very aware of how viewers lose sleep over it. In 2017, CEO Reed Hastings said: "We actually compete with sleep. And we're winning!"

A 2013 survey from Netflix found that 61 percent of its surveyed users binge-watched TV regularly.

Most sleep experts don't recommend making a habit out of the latter. But they do suggest a few ways to making binge-watching less harmful: don't watch TV in bed, set limits, take breaks and make sure you give your brain at least a half hour to wind down before going to sleep.