Bindi Vs. Backstreet Boy: Who Won The Mirror Ball Trophy? 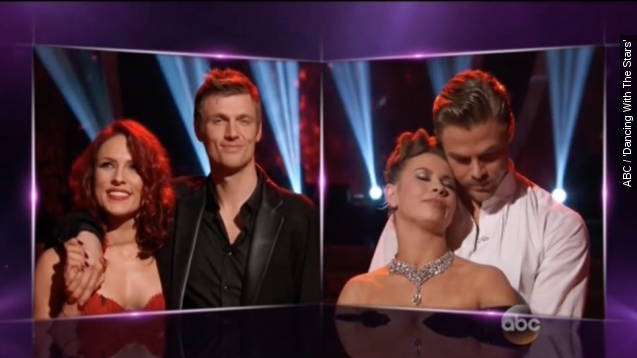 Bindi versus Backstreet Boy — who won this ballroom battle of the ages?

Bindi Irwin and Derek Hough nabbed the Mirror Ball trophy on the "Dancing With the Stars" season finale Tuesday night. It's the sixth win for Hough, whom Irwin now calls a "brother."

The dancing duo quickstepped their way into the hearts of fans and judges in the show's 21st season.

"That really was a gem of a quickstep! Every aspect was gleaming like a brilliant cut diamond!" judge Bruno Tonioli exclaimed.

Bindi, the daughter of the late Crocodile Hunter Steve Irwin, paid tribute to her father during her freestyle performance earlier this week. Cue the waterworks.

The 17-year-old conservationist said, "The most special part of this experience is to really be able to grow and touch on parts of my life that I never thought I would really go to and be able to share my journey and story with so many others.”