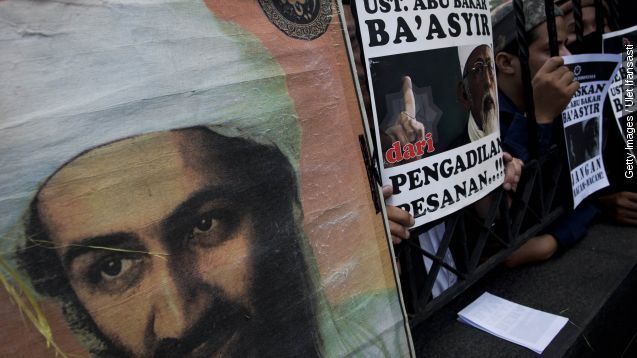 SMS
'Bin Laden's Bookshelf' Reveals His Life Before Death
By Jake Godin
By Jake Godin
May 20, 2015
The U.S. government has declassified hundreds of items that were found within Osama Bin Laden's compound when it was raided in 2011.
SHOW TRANSCRIPT

Letters, books, news articles and manuals have all been listed in what the U.S. Office of the Director of National Intelligence is calling "Bin Laden's Bookshelf."

So what does one find on the metaphorical bookshelf of one of the most notorious men of our time?

Well, aside from the odd mention of old Adobe software manuals and, strangely enough, a copy of the war video game "Delta Force: Xtreme 2," the declassified documents give an interesting look into the former Al-Qaeda leader's life leading up to his death in 2011.

One letter is a loving message addressed to his wife, children and father. Another translated letter is directed to all Muslims in response to one of President George W. Bush's, or in his words, "Crusader Bush's," State of the Union addresses. (Video via Office of the Director of National Intelligence)

There's even a copy of what you could call a "terrorist application," which asks potential Al Qaeda members about their previous jihad experience and contact information in case a person is "martyred."

Other than the letters, the most interesting finding is a list of the books thought to have belonged to bin Laden. Or, you know, his actual bookshelf.

A writer for The Washington Post equates it to the "equivalent of an Internet conspiracy theorist's browser history."

Other takes from the release range from making bin Laden out to be obsessed with conspiracies to a man who was "focused on [the] U.S. to the end."

The Office of the Director of National Intelligence says there are hundreds more documents from the raid on bin Laden's compound. The office says they are under review for declassification to ensure current operations against Al-Qaeda are not endangered.