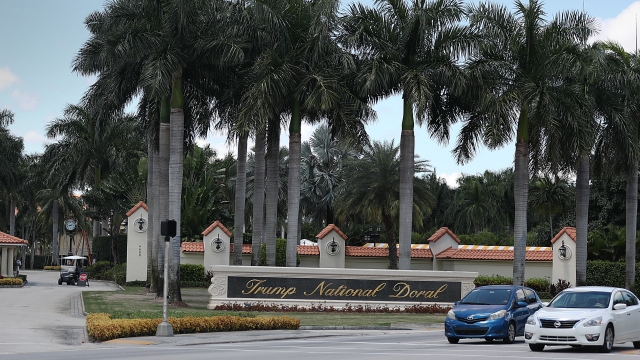 Lawmakers are introducing legislation aimed at opposing the Trump administration's recent announcement that the upcoming G-7 Summit will be held at President's Trump's Doral resort in Florida.

Democrats in the House and Senate have introduced versions of a bill that would prohibit funding for the G-7 summit at the Trump National Doral resort. It would also require the president "to submit to Congress any documents related to his decision to host the G-7 Summit at his property."

One of the bills sponsors, Rep. Lois Frankel, said in a statement that Trump "is abusing the office of the Presidency and violating law by directing millions of dollars of American and foreign money to his family enterprises by holding an important meeting of world leaders at his Doral resort.”

Meanwhile, the House Rules Committee is working on a resolution opposing hosting the event at a Trump business and "rejecting his practice of accepting foreign government Emoluments without obtaining Congress' affirmative consent."

It's worth noting that when acting White House Chief of Staff Mick Mulvaney announced the decision to hold the G-7 summit at the Doral resort, he addressed the potential conflict of interest attached to choosing a property owned by the president by saying President Trump will not profit in "any way, shape or form."

Rules Committee Chairman Rep. Jim McGovern reportedly said in a statement, "The president takes an oath to uphold the Constitution and serve the American people, not enrich himself. But time and time again, the president has demonstrated that the Constitution means nothing to him. This House is standing up to say enough is enough."

The committee is currently scheduled to hold a hearing on the resolution on Oct. 22.