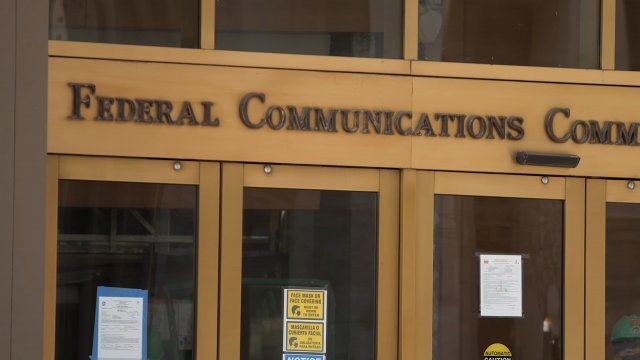 Caroline Roskam is an elementary school teacher in rural Maryland.

"Sometimes when I'm logging onto my Google slides, Google slides will not load," said Roskam. "That's downtime and it's missed education."

The Roskams don’t have access to high-speed internet. It's a problem that hurts the whole family. Her husband Matthew also works from home.

Yet, less than half a mile down the road, their neighbors have access to broadband.

"It's very frustrating to know that just up the street, they've got all their internet needs taken care of," said Mathew Roskam. "And we are kind of living in the Stone Age."

The Roskams live on the wrong side of the digital divide.

"So where broadband is and where broadband isn't, this hodgepodge of connected and unconnected zones all interwoven together, have ended up being quite disastrous for the state of connectivity across the United States," said Sascha Meinrath, the Palmer Chair in Telecommunications at Penn State University.

This was not the plan. The federal government has given billions to internet service providers to expand broadband access

BroadbandNow, a research organization, reports nearly 42 million Americans don’t have access to broadband internet. That’s double the number reported by the Federal Communications Commission which admits its data is flawed.

In a Congress hearing last summer, then-FCC Commissioner Jennifer Rosenworcel testified that "the agency released its annual broadband progress report. It was a glowing assessment that all is well and that broadband networks are reaching all Americans in a timely way. In fact, the agency reported only 18 million Americans do not have access to broadband nationwide. But this is just not credible."

A Newsy analysis of census estimates found, from 2017 to 2019, only about half of rural counties saw a measurable increase in the share of households with the internet.

"It presents an overstatement of the availability of broadband connections in that community," said Kathryn de Wit, Manager of Broadband Research Initiatives at the Pew Charitable Trusts. "It matters because that influences billions of dollars in public funding.

Companies are still paid for providing broadband – albeit limited area coverage.Yet it prevents many communities from expanding broadband access.

In other cases, companies including Frontier and CenturyLink received multi-million-dollar contracts to deliver broadband across the country – but failed to meet final milestone deadlines.

The FCC denied Newsy’s request for an interview to discuss these concerns. However, in that same congressional hearing last summer, Rosenworcel went on to say, "Despite having made no efforts to improve our nation’s dubious broadband data, FCC is about to hand out billions in fixed broadband support w/ the new Rural Digital Opportunity fund."

"You don't have meaningful accountability. What you have is taxpayer dollars being granted to companies without adequate oversight and accountability," said Meinrath.

Meanwhile, rural and urban communities alike, are grappling with what it means to be on the wrong side of the digital divide.

"In this day and age, the internet is an essential service. It's every bit as important as power, water," said Matthew Roskam.

The FCC launched its Broadband Data Task Force – indicating a renewed commitment to improve broadband data. It's something experts say is crucial to closing the digital divide.