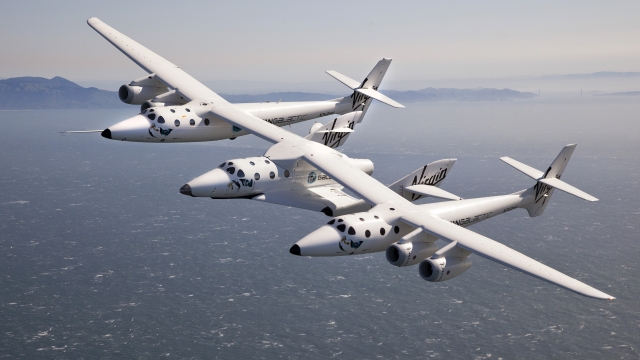 Amid the plains of Southern New Mexico lies Spaceport America.

The facility, run by the State of New Mexico, bills itself as the world’s first purpose-built commercial spaceport.

But the spaceline is just one of four others calling the facility home, experimenting with the latest innovations in commercial spaceflight.

“Less than 600 people have ever been in the space, since the 1960’s, and there's already 600 signed up with Virgin Galactic,” Scott McLaughlin, the Executive Director of Spaceport America, told Newsy.

“Our competitive advantages are the great weather, the remote area,” he explained.

Sunday’s launch will be Virgin Galactic’s first fully crewed flight, and their second from Spaceport America. Though prohibitively expensive, reportedly costing $250,000 to reserve a seat, Branson hopes to “democratize” space travel, potentially bringing down the cost per seat.

“If we get down to $40,000 per flight … we're probably talking tens or hundreds of millions of people who might be willing to do [pay for commercial spaceflight] at some point in the future,” said McLaughlin.

If all goes according to plan, this barren corner of the American Southwest could become a global destination for commercial human spaceflight.

“We all hope for something new and exciting, but we're not quite sure what it's going to be,” McLaughlin said.