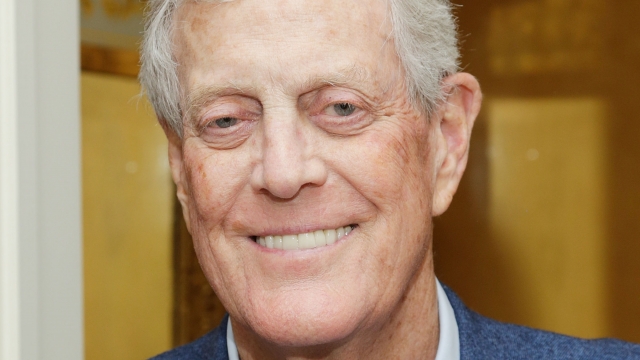 David Koch — the billionaire businessman and philanthropist who, along with his older brother Charles, used his money to help change American politics — has died. He was 79 years old.

Charles Koch announced his brother's death Friday in a statement from Koch Industries. David served as the executive vice president of the company and was involved in other Koch-related organizations until last year, when he retired due to health reasons.

Charles Koch said David was diagnosed with advanced prostate cancer 27 years ago, and doctors only gave him a few years to live. "David liked to say that a combination of brilliant doctors, state-of-the-art medications and his own stubbornness kept the cancer at bay," Charles said in his statement.

The Koch brothers are well known for their massive wealth. In fact, David and Charles tied for the 11th spot on Forbes' list of the world's richest people.

But they're probably best known for their role in politics. Both David and Charles contributed millions of dollars to support conservative causes and Republican candidates. They built an impressive political network that experts say helped fuel the Tea Party movement.

David even entered the political arena as the Libertarian Party's candidate for U.S. vice president in 1980 with Ed Clark. They only managed to get 1% of the vote.

But David also used his riches for charitable causes. He donated large sums of money to medical research, education and the arts.

He is survived by his wife, three children and three brothers.