Bill Would Offer Financial Relief For Federal Workers During Shutdown 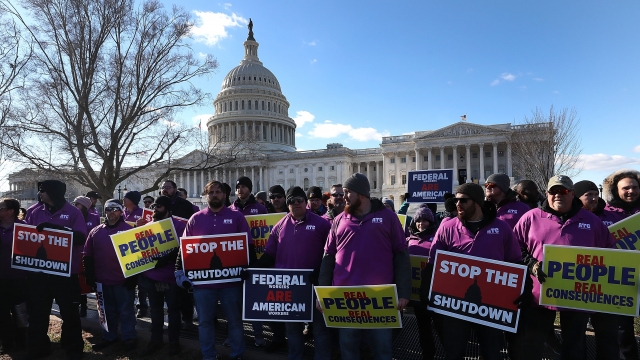 SMS
Bill Would Offer Financial Relief For Federal Workers During Shutdown
By Cristina Mutchler
By Cristina Mutchler
January 17, 2019
Rep. TJ Cox and Democratic co-sponsors unveiled a bill that would offer affected federal workers up to $6,000 in loans via the Treasury Department.
SHOW TRANSCRIPT

Democratic congressional leaders made another attempt Thursday at ensuring federal workers are financially secure during the partial government shutdown.

U.S. Rep. TJ Cox and dozens of other co-sponsors unveiled a financial relief bill for federal employees impacted by the shutdown.

The legislation would direct the U.S. Treasury Department to offer up to $6,000 in loans to those workers to help make ends meet.

The loans wouldn't have any fees and wouldn't accrue any interest. If passed, the offer would be applicable for the current shutdown and any future shutdowns that last longer than 15 consecutive days.

Hundreds of thousands of federal employees are affected by the current shutdown.

U.S. Coast Guard members didn't get a paycheck earlier this week, making it the first time in history that an entire branch of the military has gone without pay.