Bill Turnbull Is Leaving BBC For His Wife (And His Bees) 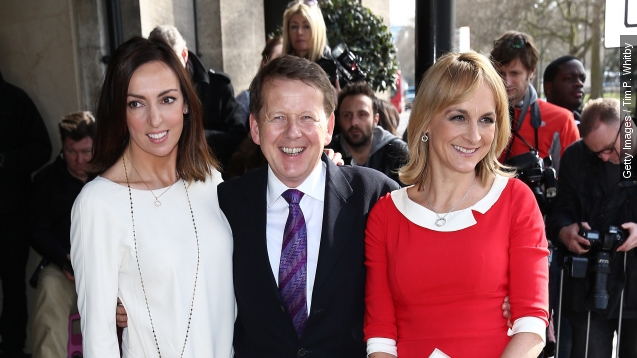 "BBC Breakfast" co-host Bill Turnbull is leaving the show after 15 years. Why? Well, to spend more time with his wife. And his "neglected" bees.

Bill Turnbull's leaving BBC after 15 years. To take care of his bees.

"Anyway, it's true. I'll be leaving the program at the end of January. Because 15 years is long enough," Turnbull said on "BBC Breakfast."

Oddly enough, the Daily Mirror got the scoop on why the morning show host was leaving.

Turnbull told the tabloid he wants to spend more time with his both his wife and his bees.

Turnbull, it turns out, is quite the passionate beekeeper. He's even written a book on it.

And co-workers only had good things to say about Turnbull.

No official word yet on who'll replace him. The guy's got five months left on the show, but folks are already making bets.

A spokesman for the site told The Huffington Post Stayt is a "ready-made replacement" for Turnbull.