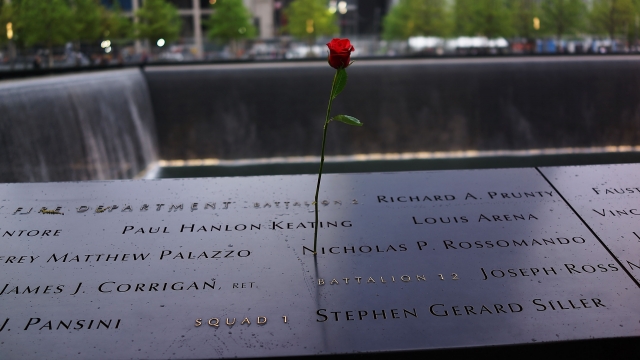 Families of the victims of 9/11 are one step closer to being able to sue Saudi Arabia for its alleged involvement in the attacks. On Tuesday, the Senate unanimously approved the Justice Against Sponsors of Terrorism Act that would give American citizens the right to sue any foreign country that finances terrorism on U.S. soil.

Controversial doesn't even begin to describe the bill. Its opponents, which include the White House, are worried about how it would impact international relations, especially with Saudi Arabia. There's also concern about how it could affect Americans living in or traveling to foreign countries.

Sen. Chuck Schumer disagrees, saying, "Look, if the Saudis did not participate in this terrorism, they have nothing to fear about going to court."

Currently, any foreign country can invoke immunity in U.S. courts unless it has been explicitly designated as a state sponsor of terrorism. This bill would throw all that out of the window.

There have long been rumors about Saudi Arabia's alleged role in the 9/11 terrorist attacks. Just last month, the former head of the Senate Intelligence Committee Bob Graham claimed 28 classified pages of the 9/11 report prove Saudi Arabia financed the attacks.

But the bill seems to be facing an uphill battle moving forward. It's heading to the House next, where Speaker Paul Ryan has already voiced serious concerns. In April, he told press, "I think we need to review it to make sure we are not making mistakes with our allies, and we're not catching people in this that shouldn't be caught up in this."

And getting this bill past the president is likely impossible. The White House has reiterated it will veto the bill if it makes it to President Obama's desk.

This video includes images from Getty Images and clips from Speaker of the House Paul Ryan, CNN, NewsmaxTV, Bloomberg, C-SPAN.