Bill That Would Curb Patent Trolls Could Hurt Tech Firms 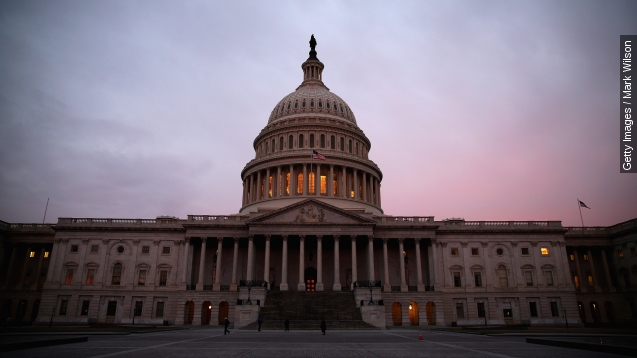 SMS
Bill That Would Curb Patent Trolls Could Hurt Tech Firms
By Leah Becerra
By Leah Becerra
June 16, 2015
A bill sent to the Senate floor has a provision that could end up hurting the people and companies it's supposed to protect.
SHOW TRANSCRIPT

Recently, the Senate Judiciary Committee sent a bill to the floor that could keep patent trolls at bay.

"Trolls do not make or invent products, they simply sue those who do," according to the Consumer Electronics Association.

Let's be clear: Patent trolls are not green monsters. But they are people who could be stunting innovation for creative individuals or companies by filing patent infringement lawsuits.

If passed, this legislation would be considered a win by many, but as the bill is currently written, it could also hurt tech firms. (Video via ABC / "Schoolhouse Rock!")

The Washington Post reports, "New provisions have been added that could lead to fewer patents getting invalidated through post-grant review."

Post-grant review is when the U.S Patent and Trademark Office allows a firm to challenge a patent — which is usually connected to a suit at the time of the challenge — because that particular patent might have been a bad one to begin with.

In past suits, this review has served as a tool to combat patent trolls, like in the case between comedian and podcaster Adam Carolla and the patent troll, Personal Audio. (Video via ReasonTV)

"You know his comedy from the 'Man Show,' 'Love Line' and his podcast — this thing is huge — 'The Adam Corolla Show,'" CBS' Gayle King said.

Personal Audio had claimed Corolla’s podcast and many others like it were operating illegally because the troll said it had invented the concept of podcasting.

This particular troll had already successfully twisted Apple's arm into settling a patent suit in 2011 and attacked other companies like Amazon and CBS.

In Corolla's case, the jury returned a verdict of non-infringement on all of Personal Audio's claims.

Corolla won by pointing out podcasters were podcasting long before Personal Audio held a patent on the idea. Which makes the case for post-grant review easy, because — as NPR's Planet Money explains — there are three criteria for getting a patent: (Video via Sway's Universe)

"One: It has to be a new idea — can't be something that's been patented before. Two: Can't be obvious. And three: It has to have some use."

That sounds like two strikes against Personal Audio's patent on podcasting to me. And, lucky for Corolla, the jury agreed.

Right now, the bill that aims to protect firms from patent trolls is not finished. So the provision that would do away with post-grant review could still be thrown out. (Video via C-SPAN)

This video includes an image from Getty Images and the U.S. Patent and Trademark Office.