Bill Simmons' Next Few Months Could Be Pretty Exciting 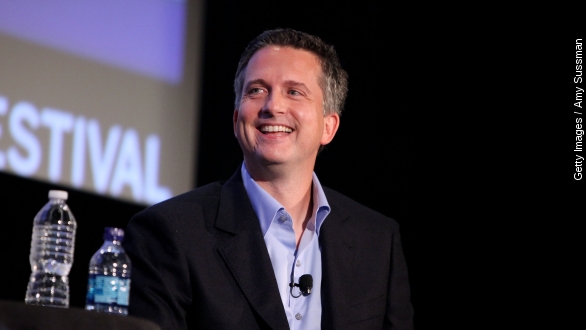 "I think they're talking all this in before they make a decision on his punishment," Dan Patrick said.

"I'll go further than you. I think it's pathetic," Bill Simmons said. (Video via The Dan Patrick)

That was ESPN's Bill Simmons on NFL Commissioner Roger Goodell's response to the New England Patriots' deflated football controversy — and those might be some of the last words we hear from the ESPN-era Simmons, who will reportedly be leaving the sports network later this year.

ESPN President John Skipper told The New York Times, "I’ve decided that I’m not going to renew his contract. ... We've been talking to Bill and his agent and it was clear we weren't going to get to the terms, so we were better off focusing on transition.”

So, why is ESPN getting rid of Simmons now? What's next for Bill Simmons? Where will he go? What'll happen to Grantland? We just don't know. But if you haven't been following Simmons up until this point, now might be a good time to start because the next few months could be pretty exciting.

Simmons' exit from ESPN will end his nearly 15-year relationship with the "Worldwide Leader In Sports." The announcement is surprising but not totally unexpected considering his history of spats with his employer.

"Goodell, if he didn't know what was on that tape, he's a liar. ... Please call me and say I'm in trouble. I dare you," Simmons said on his podcast "The BS Report."

"Insubordination had nothing to do with it. He was taken off for what he said," Disney CEO Bob Iger said.

Simmons' relationship with ESPN has been complicated and we still don't exactly know when he was fired. But if Simmons is willing to dare his bosses to fire him — and still keep his job — who knows what we'll hear from him between now and this fall?

These next few months could also yield some quality content from the man being dumped by ESPN. In the moments following news of an impending breakup, some writers sought to remind us why Simmons is a big deal in the first place — even if you aren't really a fan of his work.

NBC Sports writer Craig Calcaterra argues Simmons' exit is at least worth a moment of our time because he was "likely the first or, at the very least, the first notable person to make 'Internet Sports Writer' a thing. ... He changed the lexicon of sports writing and democratized sports commentary in incalculable ways."

Todd VanDerWerff over at Vox wrote that Simmons' work at ESPN and Grantland "solidified him as one of the most influential writers in internet publishing history."

"What if I told you he wasn't the greatest."

And what about ESPN's popular 30 for 30 documentary series, which Simmons co-founded? Now that he doesn't exactly have to worry about keeping his job, Simmons could use this time to produce documentaries or publish hot takes that he might've been holding in his back pocket for a time just like this.

Aside from possibly firing off various articles and videos in his final months at ESPN, Simmons could also use this time to help spread his last bit of influence on 30 for 30 and Grantland — two projects he helped bring to life. (Video via Grantland)

Simmons created 30 for 30 in 2009 and did the same for Grantland, a sports and pop culture website, in 2011. ESPN President John Skipper also told The New York Times he will remain committed to Grantland after Simmons' exit.