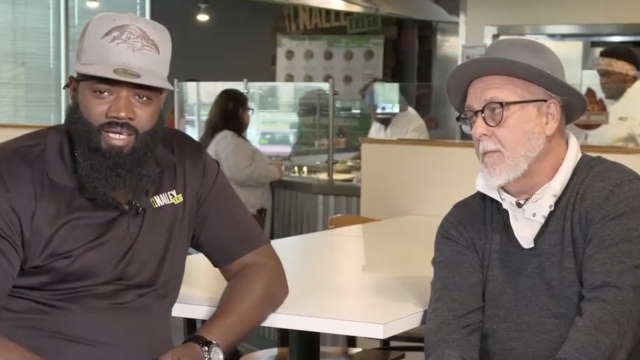 Lightfoot was incarcerated from 2006 to 2009 for armed robbery. He was eager to start over and find a full-time job in Chicago after he was released. But there were a lot of bumps along the way.

NEWSY'S BIANCA FACCHINEI: What was it like trying to find a job in that time?

ANTHONY LIGHTFOOT: At one point I was working about four jobs at one time; different, random jobs to make ends meet, all paying minimum wage. Plus formerly incarcerated people are not getting hired, and it’s intentional.

A majority of industries reported having difficulty hiring post-COVID. And offering higher pay or amping up recruiting efforts weren’t the magnets many businesses thought they would be. But there was one thing that gave some employers an edge when it came to retaining and attracting workers in this very fickle labor market.

Greg Nalley and Carlos Harris are the founders of Nalley Fresh in Maryland. They’ve been hiring former inmates ever since they opened their first location eleven years ago.

"We have we have two long-standing guys that came from the system. One of them has been with us six years. And in six years, he's missed one day," said Harris. 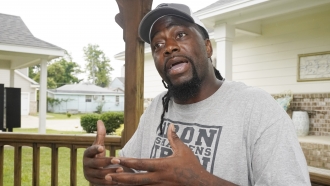 While Nalley and Harris haven’t been immune to the labor shortage, they say keeping their applicant pool open to workers with a criminal history has been a key asset to their success.

It’s a concept making it’s way across the small business community and into state capitals. In Illinois, the proposed Safer Communities Act aims to help ex-inmates and the businesses who hire them.

It works as a voucher program. Formerly incarcerated people would bring a wage subsidy to businesses that hire them to help supplement their pay. It would also provide a tax credit to that business for putting them on the payroll.

Elliot Richardson, who leads the Chicago-based Small Business Advocacy Council, collaborated with the Workers Center for Racial Justice to draft the bill, which was then proposed by Illinois State Representative Justin Slaughter.

"We need to get people back into the workforce. We need to create opportunities for people who are coming out of prison and give them a second chance. And this legislation is a fantastic way to do that," said Richardson.

FACCHINEI: What about the labor market makes it such a challenge to find long-term stable work?

ELLIOT RICHARDSON: What I surmise is it’s difficult for some businesses to bring on formerly incarcerated individuals because they will require a certain degree of training. If you want to really have options to bring people on, this is a great way to increase the number of candidates that you can interview, that you can bring on, and you can have options.

Reducing the labor shortage is just one of the bill’s intentions, though. It also seeks to lower the unemployment rate among formerly incarcerated people — which is almost eight times higher than the general population’s. And advocates of the bill say it would reduce the crime rate, too.

FACCHINEI: Why is it so important to find a stable job once you’re released from prison?

LIGHTFOOT: If we can get a job, making a living wage, [be] treated with dignity, and support our family, there’s no reason to be throwing what we call rocks at the penitentiary — taking chances and getting yourself locked back up.