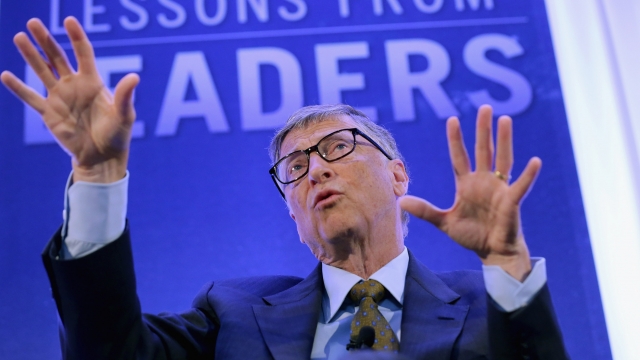 Gates plans to give away 100,000 chickens in sub-Saharan Africa.

Bill Gates says raising chickens could help improve the lives of people living in extreme poverty throughout the world.

That's why the Bill & Melinda Gates Foundation is working to create a sustainable market system for poultry in sub-Saharan Africa, where the U.N. says 41 percent of people live in extreme poverty.

In a blog post on the foundation's website, Gates explains four reasons why he thinks chickens are the best solution.

For one, chicken aren't picky eaters, so they're pretty cheap to feed.

They're also profitable. In West Africa, chickens sell for $5 each, and assuming you have a way to fertilize the eggs, a flock of five can turn into a flock of 40 in three weeks. Keep in mind, Gates' plan is aimed at people living on $2 a day.

Their eggs are also a good source of protein and other nutrients if you decide to eat them instead of sell them.

And they empower women. Raising chickens not only allows women to stay close to home but also builds up some economic power.

The plan does have some naysayers. One BBC reporter is concerned that increasing the chicken supply will only decrease demand along with their sale price, but he says that doesn't mean it isn't worth a shot.

This video includes clips from Gates Notes and images from Getty Images and Jake Wasdin / CC BY 2.0. Music provided courtesy of APM Music.