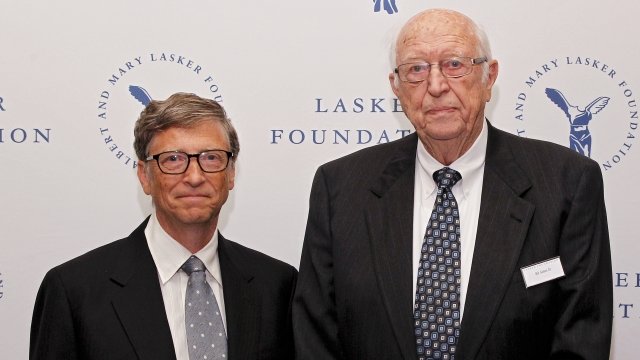 Microsoft co-founder Bill Gates is opening up about the personal connection he has to Alzheimer's.

The 62-year-old revealed to NBC News that his father, Bill Gates Sr., has been diagnosed with the brain disease. Last year, Gates donated $100 million to Alzheimer's research, with $50 million going to the Dementia Discovery Fund, a group that studies cures and treatments. Gates said he's optimistic that research and funding could lead to medical innovations in the field.

There's currently no cure for Alzheimer's disease, which is a form of dementia that affects more than 5 million Americans, according to the Centers for Disease Control and Prevention.