Bill Gates' Foundation Invests In The Future Of HIV Prevention 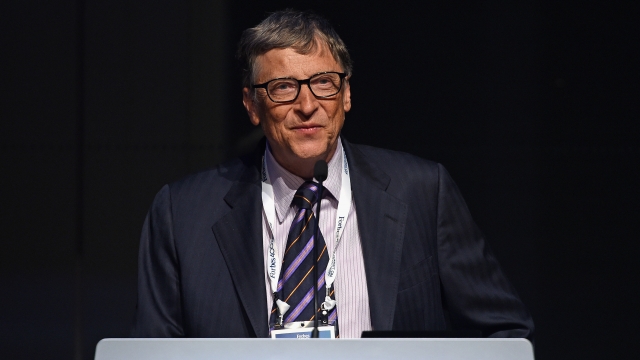 The Bill & Melinda Gates Foundation plans to invest up to $140 million into a company to further its work on an innovative HIV-prevention treatment.

The drug should work similarly to a diabetes treatment the company, Intarcia Therapeutics, is currently working on. Patients would have a small pump inserted into their abdomen that would deliver HIV-prevention medicine over the course of six months or one year.

The treatment is likely years away from being approved, but it could prove to be a lot more effective than other HIV-prevention measures simply because people don't have to remember to take it every day.

This is yet another recent breakthrough in the fight against HIV/AIDS. Advocates say 2016 has been a great year for the science of HIV prevention.

Several studies across the world are testing new HIV cures and preventative injections.

But there's still a lot of work to be done. Nearly 2 million people are infected annually. An epidemic in Russia alone reportedly saw 100,000 new cases in 2016.