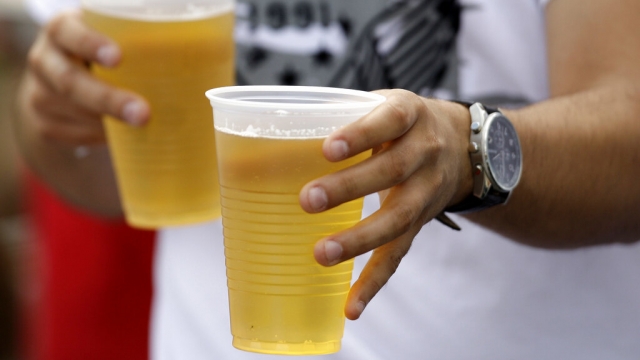 SMS
Bill Could Make Drunk Drivers Pay Child Support If They Kill A Parent
By Maura Sirianni
By Maura Sirianni
April 24, 2022
The bill passed both the Tennessee House and Senate and is on its way to be signed by Gov. Bill Lee.

Nicholas Galinger was a proud husband, police officer and dad to Ethan and Hailey.

“Our brother was full of life. He loved his children,” said Doug Galinger, officer Galinger’s brother.

It’s been three years since the 38-year-old officer was killed by a drunk driver. Authorities say he was inspecting an overflowing manhole late one night when Janet Hinds hit him with her car and took off.

Hinds later turned herself in and was sentenced to 11 years in prison after being convicted of vehicular homicide by intoxication.

If signed into law, the measure Ethan’s, Hailey’s, and Bentley’s Law would require Tennessee drivers like Hinds, convicted of killing a parent or caregiver, to pay child support for each of the victim's children until they turn 18 or they have graduated from high school.

The bill states drivers who are incarcerated and unable to pay have up to one year after their release to begin making payments.

“I said, I can’t just sit back. Families are suffering, families deserve justice,” said Cecilia Williams, the creator of the bill.

The bill was first known as Bentley’s Law after a 5-year-old Missouri boy's parents and 4-month-old brother were killed last year by a drunk driver. Williams is Bentley's grandmother. She’s been fighting ever since for justice, not only for Bentley, but for other kids whose parents were senselessly killed by drunk drivers.

“You have to create something for them to serve as a constant reminder: ‘I can never do this again; I destroyed this family.’ Because sadly, most of them become repeat offenders,” said Williams.

Williams says she was put in contact with Tennessee representative Mark Hall, who introduced the bill there. In a statement, Hall said in part “as promised, I will do what it takes to protect the future of our most valuable resources, our children.”

Hall also stated that the bill is now heading to Gov. Bill Lee's office for his signature.

Williams says she’s thrilled with the response and the traction the law is already picking up.

Williams says she is currently working with lawmakers in 17 states to introduce Bentley’s Law into their legislatures.