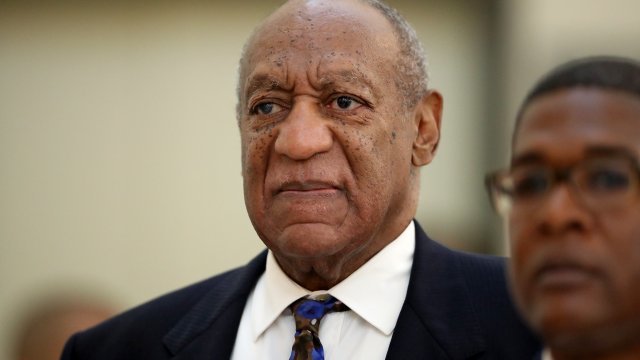 Bill Cosby was sentenced to three to 10 years for sexual assault on Tuesday.

Prosecutors recommended the maximum prison sentence for Cosby, arguing he abused his power, never accepted responsibility or showed remorse and demonstrated a pattern of behavior that spanned decades.

But Cosby's lawyers asked the Pennsylvania judge to consider his age and blindness, arguing he should instead be sentenced to house arrest.

During Cosby's sentencing hearing, the judge declared the 81-year-old a "sexually violent predator" — a label that means he'll have to register as a sex offender, report to authorities four times a year and attend counseling for the rest of his life.

Cosby's Publicist Andrew Wyatt said Cosby has been denied his right to a fair trial. "Mr. Cosby's defense team has prepared a motion to address Mr. Steels use of falsified evidence."

In addition to the prison sentence, Cosby received a $25,000 fine and the cost of prosecution.

In April, Cosby was convicted of three counts of sexual assault against Andrea Constand. He was found guilty of drugging and assaulting Constand in his home in 2004. Cosby claimed the incident was consensual.