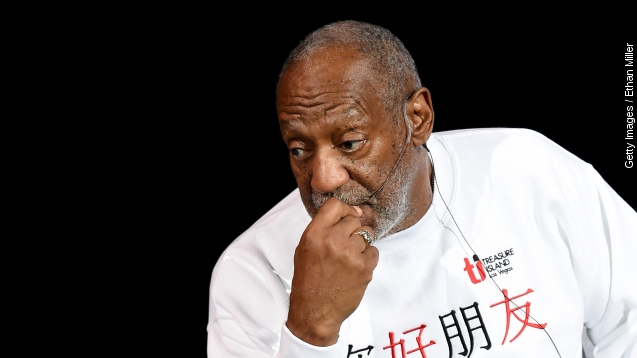 In December, Huth filed a civil suit against the actor, accusing him of sexually assaulting her at the Playboy Mansion when she was 15 years old. (Video via New York Daily News)

Cosby's attorneys appealed to the Los Angeles Superior Court to depose Huth before Cosby, but that request was denied. Huth's deposition will be the following week on Oct. 15.

This new deposition could reveal more information about the involvement of Cosby's agent at William Morris Agency — now known as William Morris Endeavor.

Cosby said in his first deposition, he would have his agent wire money to women with no explanation.

Now, it's normal for an agent to not question a big client's motives behind such a request. Dick Alen, a retired William Morris agent, told The Hollywood Reporter, "Your big client wants you to do a favor, you do it. Why is none of your business. You never ask." (Video via Bill Cosby)

That mentality — devout loyalty to a client — poses a problem for another woman, though.

In a January statement, a former employee at William Morris, using the assumed name "Kacey," says Cosby drugged and sexually assaulted her in a Los Angeles hotel room.

When she told Cosby's agent, Tom Illius, he reportedly seemed upset. But she couldn't tell if that stress came from the details of the story or the fact that the agency now viewed her as a problem.

But Allred might never find out the truth about Illius' involvement in the cover-up of Cosby's alleged sexual assaults. Illius died in 2011, and other agents from that time don't recall hearing anything about Cosby's possible misconduct.

Cosby has not been charged for any of the sexual assault allegations brought against him.