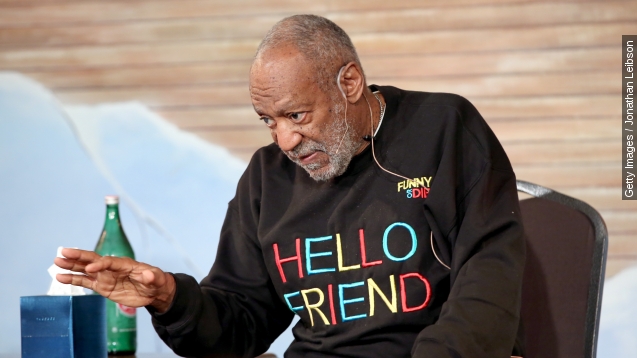 Bill Cosby used to have everything: a beloved sitcom, millions of adoring fans and a legendary comedy career.

Fast forward to today — and he's facing career-ending backlash for the dozens of sexual assault allegations that have come to light over the past several months.

Although the scandal threatens to end Cosby's career, there have been no legal consequences, at least in criminal courts. Cosby has never been charged in any of these accusations.

So what has he lost so far? Most recently, Cosby lost an appeal to the California Supreme Court that would've prevented a new deposition in one of the cases.

Judy Huth, who says Cosby assaulted her when she was 15, has hired big-time women's rights lawyer Gloria Allred.

Cosby has also lost the support of fellow comedians Jerry Seinfeld and David Letterman, who wrote glowing endorsements for Cosby's biography, "Cosby: His Life and Times" by Mark Whitaker.

"I know certain religions forbid idol worship. If anyone ever told me I had to stop idolizing Bill Cosby, I would say, 'Sorry, but I’m out of this religion,'" Seinfeld said.

Publisher Simon & Schuster also announced there would be no new editions of the book, which does not discuss the assault allegations.

Earlier this month, the producer of a documentary about black stuntmen, Nonie Robinson, disassociated the project from Cosby, saying, "We were the last project standing behind him."

And she might be right when she said the doc was the last project supporting him.

In November, NBC and Netflix canceled new Cosby projects, and TV Land pulled reruns of "The Cosby Show" from its programming schedule.

Just about the only place you'll see Cosby's name without negative connotation these days is at the Smithsonian's National Museum of African Art, which includes artwork on loan from Bill and Camille Cosby.

But even the museum has distanced itself from the actor. A sign is now posted next to artwork that reads in part, "The National Museum of African Art in no way condones Mr. Cosby's behavior."

Cosby continues to deny all sexual allegations against him.

This video includes images from Getty Images and Chris Zabriski / CC BY 4.0.