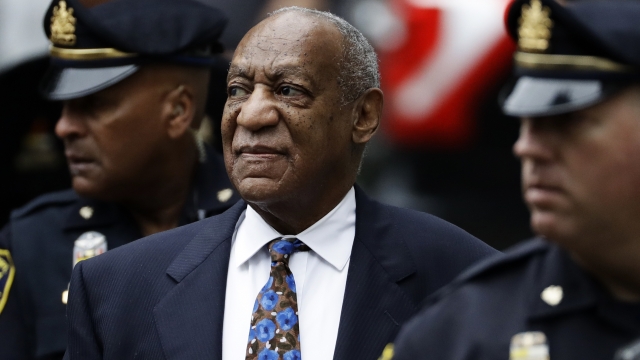 The Pennsylvania Supreme Court has granted Bill Cosby the right to appeal his 2018 sexual assault conviction. The ruling will allow for Cosby to appeal two issues in the case.

In April 2018, Cosby was convicted of three counts of sexual assault against Andrea Constand. He was found guilty of drugging and assaulting Constand in 2004 and sentenced to three to 10 years in prison.

Tuesday's ruling will let the court review whether prosecutors should have been able to call five other accusers to testify about previous encounters with Cosby at his 2017 retrial. Cosby's own deposition testimony, in which he admitted to getting quaaludes for women in the past, will also be considered.

Second, the court will examine Cosby's argument that he had a deal with a former prosecutor that he would never be charged in the case. Cosby says he gave that deposition on the grounds of the deal.

The court's decision to grant Cosby an appeal may interrupt the progress of the #MeToo movement. One lawyer says allowing the testimonies of the five other accusers during the height of the movement, when Harvey Weinstein's case was also being tried, pushed forward a presumption of guilt rather than innocence.

Cosby was recently denied temporary release for vulnerable inmates amid the coronavirus pandemic.

Additional reporting by Maryclaire Dale of the Associated Press. Contains footage from CNN.