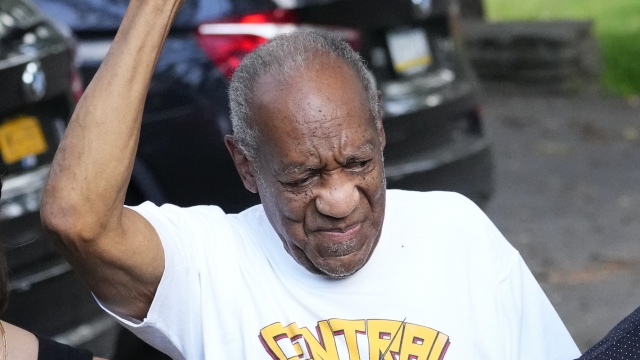 Bill Cosby was released from a Pennsylvania prison Wednesday after the state's Supreme Court overturned his 2018 sexual assault conviction. Cosby was the first celebrity to be convicted as a part of the #MeToo era.

Cosby was convicted of drugging and sexually assaulting Andrea Constand, a former Temple University employee. He was sentenced to 3 to 10 years in prison and had served nearly 3 years of that sentence so far.

Constand's accusation was one of dozens against the longtime actor and comedian. Five different women testified against Cosby during his 2018 trial, recounting what they described as their own sexual assault experiences.

Constand said in an open letter about the incident that Cosby, “took my beautiful, healthy young spirit and crushed it."

Pennsylvania's highest court ruled the conviction against Cosby must be vacated based on a prior agreement made by the Montgomery County District Attorney's office to not criminally charge Cosby in exchange for his potentially incriminating testimony in a separate civil case.

While Cosby did testify in that case and settled with Constand for $3.4 million, there was no evidence that a promise between Cosby and the Montgomery County DA was ever put in writing.

The PA Supreme Court called the ruling "severe and rare" but also "warranted" in a court filing announcing its decision.

Montgomery County DA Kevin Steele, who led the prosecution of Cosby, said he was being released on a "procedural issue" and called this agreement with Cosby, "irrelevant to the facts of the crime."

Cosby, once known as 'America's Dad,' spent 50 years in the entertainment industry starring in movies, stand-up specials and commercials. The sitcom bearing his name ran for eight seasons and spent five of those seasons as the number-one rated show on television

According to prosecutors, Cosby often used his fame and “family man” persona to manipulate women, presenting himself as a mentor before drugging and assaulting them.