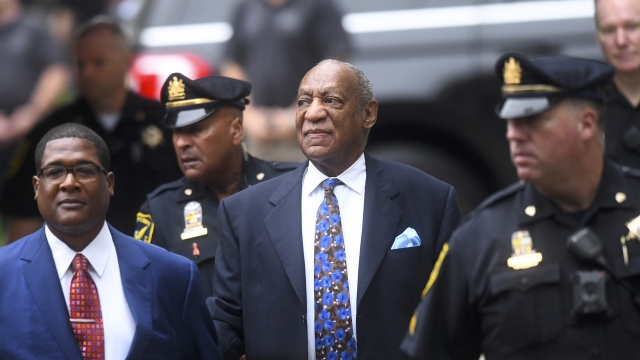 The 82-year-old is currently serving a three- to 10-year sentence at a maximum-security state prison. In April 2018, he was found guilty of drugging and sexually assaulting one of the dozens of women who came forward with similar accusations against him.

In Thursday's filing, Cosby's lawyers presented four points in its appeal to the state Supreme Court: They are challenging the trial judge's decision to allow testimony from five other accusers and argue the district attorney promised not to prosecute Cosby if he testified in a related civil case and then used that testimony against him. They also claim he was wrongly denied a hearing examining an allegation of juror bias and improperly sentenced under the 2018 Sex Offender Registration Act, which has been found unconstitutional.

In the filing, the lawyers argue that Cosby's case was "deeply influenced by public panic fueled by the nature of the allegations lodged, the media, and other special interest groups," an apparent reference to the #MeToo era, which was partly fueled by Cosby's sexual assault allegations. As a result, they added: "The criminal justice system teeters on a dangerous precipice in such cases."