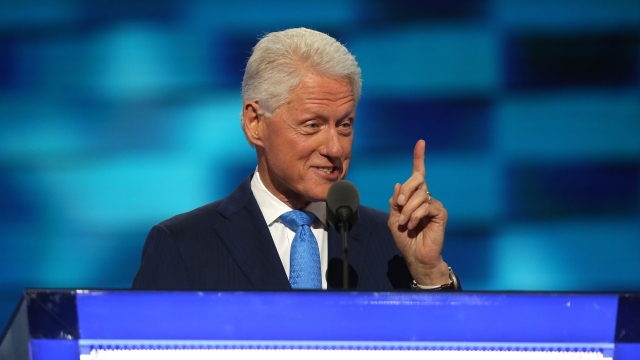 Bill Clinton's message was clear: He thinks Hillary is a change-maker.

Bill Clinton's speech on behalf of his wife Tuesday night was one-half love story and another half resume reading.

Bill outlined various projects Hillary has worked on — from health care reform to children's services. He praised her accomplishments as a lawyer, politician and mother.

"People say, 'Well, we need change. She's been around a long time.' Well, she sure has and she's sure been worth every single year she's put into making people's lives better," Bill Clinton said.

But the message of the speech was clear: "Hillary is uniquely qualified to seize the opportunities and reduce the risks we face. And she is still the best darn change-maker I have ever known."