Bill Clinton: 'It's Been A Long Time Since A Girl' Said I Look Great 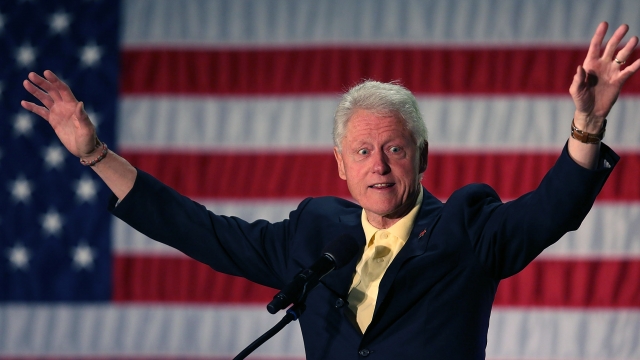 Bill Clinton says he doesn't get as many compliments from the opposite sex as he once did.

When campaigning for his wife, Hillary Clinton, in San Diego, a supporter shouted out a compliment when Bill was speaking about his age.

"You look great!" said a supporter.

"It's been a long time since a girl said that to me," said Bill.

Bill went on to say, "I usually get, 'You look good for a man your age.' That last phrase is a killer."

The comment probably would have been seen as typical banter on the campaign trail, if not for Bill's infamous affair while serving as president.

Bill Clinton was in California to rally supporters to Hillary's side ahead of the state's June 7 primaries.

This video includes clips from Hillary for America and images from Getty Images.

Correction: An earlier version of this video did not clarify that Bill Clinton admitted to having an affair while in office. The video has been updated.