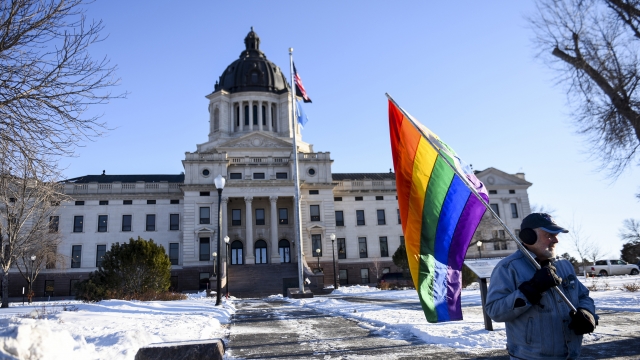 The state's Senate Health and Human Services Committee voted 5-2 on Monday to move House Bill 1057 "to the 41st day." According to the ACLU, that means the bill has pretty much been defeated, as the state's legislative session is only 40 days long.

The bill, which passed in the state's House of Representatives last month, would have made it a crime for medical professionals to perform gender confirmation surgeries or provide hormone therapy to anyone under the age of 16. The violation would've been punishable of a fine up to $2,000 or up to one year in jail.

State Rep. Fred Deutsch, the bill's sponsor, told the Sioux Falls Argus Leader on Monday he "totally expected" the committee would kill the legislation, but was "grateful for the input on both sides of the issue."

The South Dakota chapter of the ACLU praised the bill's defeat in a statement, saying: "Though supporters claimed House Bill 1057 was aimed at protecting vulnerable youth, it was clearly fueled by a fear and misunderstanding of transgender South Dakotans. Let this be a signal to the South Dakota Legislature that discrimination against a marginalized group is a distraction from the needs of the state and hurts us all."